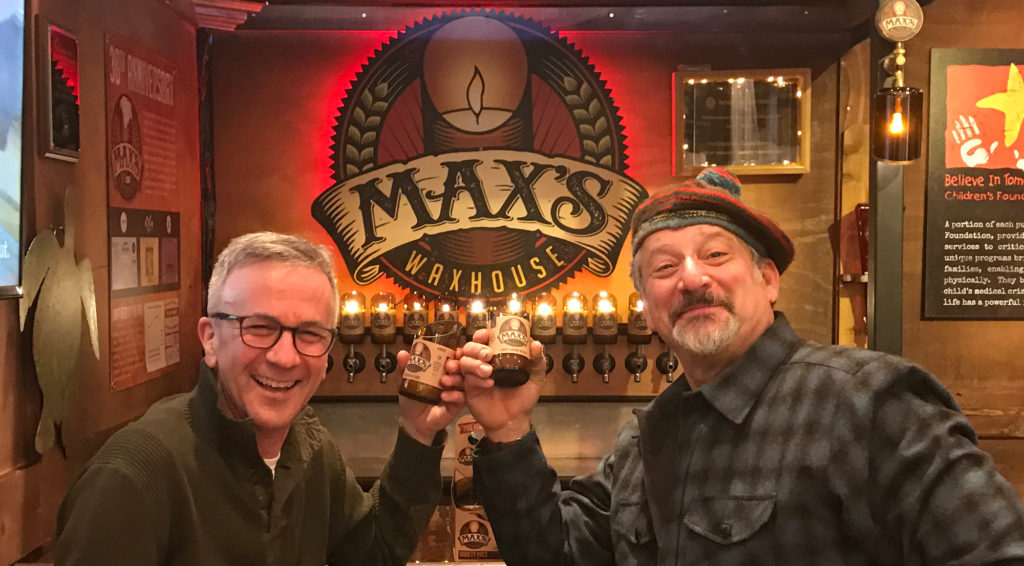 Ron (pictured on right) and I met at market in Atlanta where he told me a detailed story of how Max’s Waxhouse Candles began. Years ago he had hired a handicapped young man to help him clean his bar, but he wanted to find more work for him. Ron also hated the thought of filling the landfill with all of the empty bottles from his business. Together they developed Max’s Waxhouse Craft Wax Candles, and he was able to provide a higher paying, more meaningful, job for the young man. Max’s Waxhouse Craft Wax Candles are unique in a number of ways. They have a more fragrant scent that causes them to last longer, and a portion of the profits supports a local foundation, Believe in Tomorrow, that helps critically ill children and their families. When you take home a Max’s Waxhouse Craft Wax Candle, or two, I hope you enjoy the fragrance and unique story as much as I do. – Rhonda Kendrick 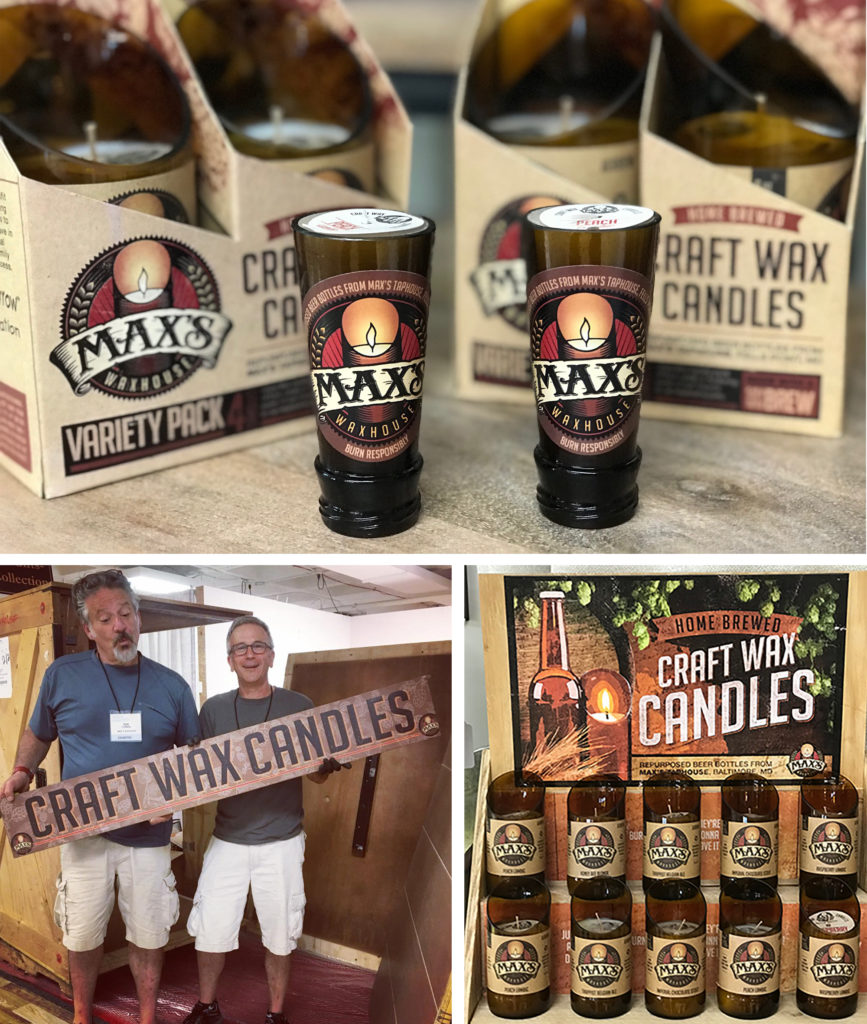 Ron Furman and Charley Gordon have been friends for 40 years.

Ron started his career in his family auto parts distributor business learning sales, merchandising, warehouse and distribution operations. After the family sold the business in 1986, Ron started Max’s Taphouse. At first, he built it into the top live music venue in the state and then became involved in managing music artists -even signing a group to a national recording contract with Warner Brothers. Seeing a change in the music business, Ron shifted the focus of the Taphouse to becoming the greatest beer bar in the world -long before the trend in craft beer became popular. The bar has consistently been ranked in the top 30 beer bars worldwide and in 2017 was named in the top 5 in the US. Ron’s career has spanned promoting music concerts, festivals and events. He’s also owned and operated a restaurant and a tobacco and antique shop under the Max’s brand. He brings this varied background to their mission of making the world a better place.

Charley is a CPA, and has years of experience in such diverse industries as Wholesale Distribution; Manufacturing; Computer Hardware, Software and Services; Hospitality; Integrated Marketing; Public Accounting; Music and Theater; and Real Estate Development, Investing and Management – all from the C-Suite and Board Room. As the CPA for the bar back in the early 90’s, he knew that he and Ron worked well together. As Max’s Waxhouse grew and Ron kept asking for his help, Charley quit his CFO job at a $40 million dollar wholesale manufacturer/distributor to join Ron on this social mission. The two of them haven’t looked back since. As they like to say, “We’re both in the ‘4th Quarter’ of our careers and thrilled to finally be using our powers for good!”

When we are looking for products to sell in our store and share with our customers here at The Markket, we seek out vendors who are currently not represented in our area – some are not even sold in Iowa. As of January 2017, we became the exclusive Iowa retailer of Max’s Waxhouse Craft Wax Candles.

Find out more about their favorite charity Believe in Tomorrow.